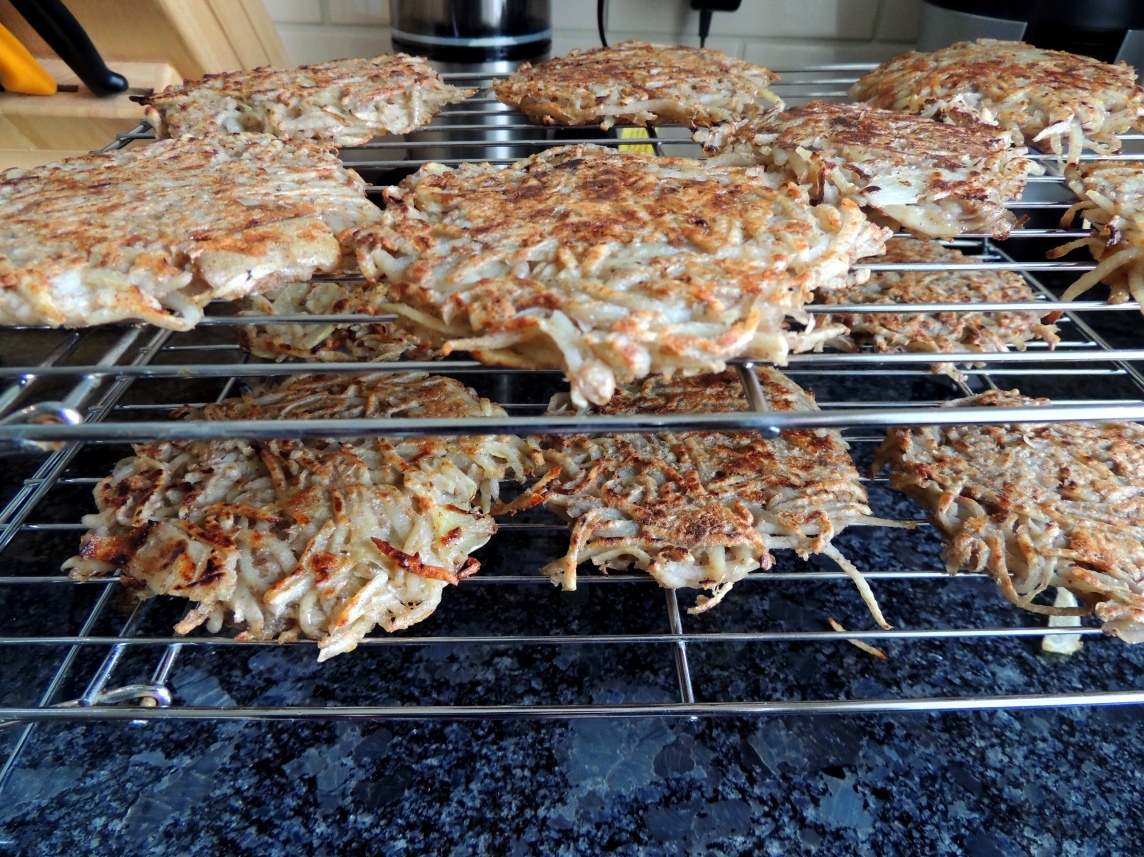 These deceptively simple potato cakes bring some serious symbolism to the table, as I found out when researching the recipe to include in a lesson at a local primary school. The children had been learning about Judaism so I included this dish, traditionally eaten at Hanukka – also known as the Festival of Lights. This is a time when fried foods like latke are cooked in reference to the miracle of the burning oil.

The story goes that a temple in Jerusalem was been all but destroyed after a religious war between the Maccabee Jews and the Syrian Greeks. After rebuilding the temple the Jews lit a lamp to rededicate it to God, but in doing so could only find one small pot of oil, enough for just one day. Miraculously the oil nevertheless burned for eight days, which is why an eight-branched candlestick (a hanukkiyah) is lit during modern celebrations of this festival.